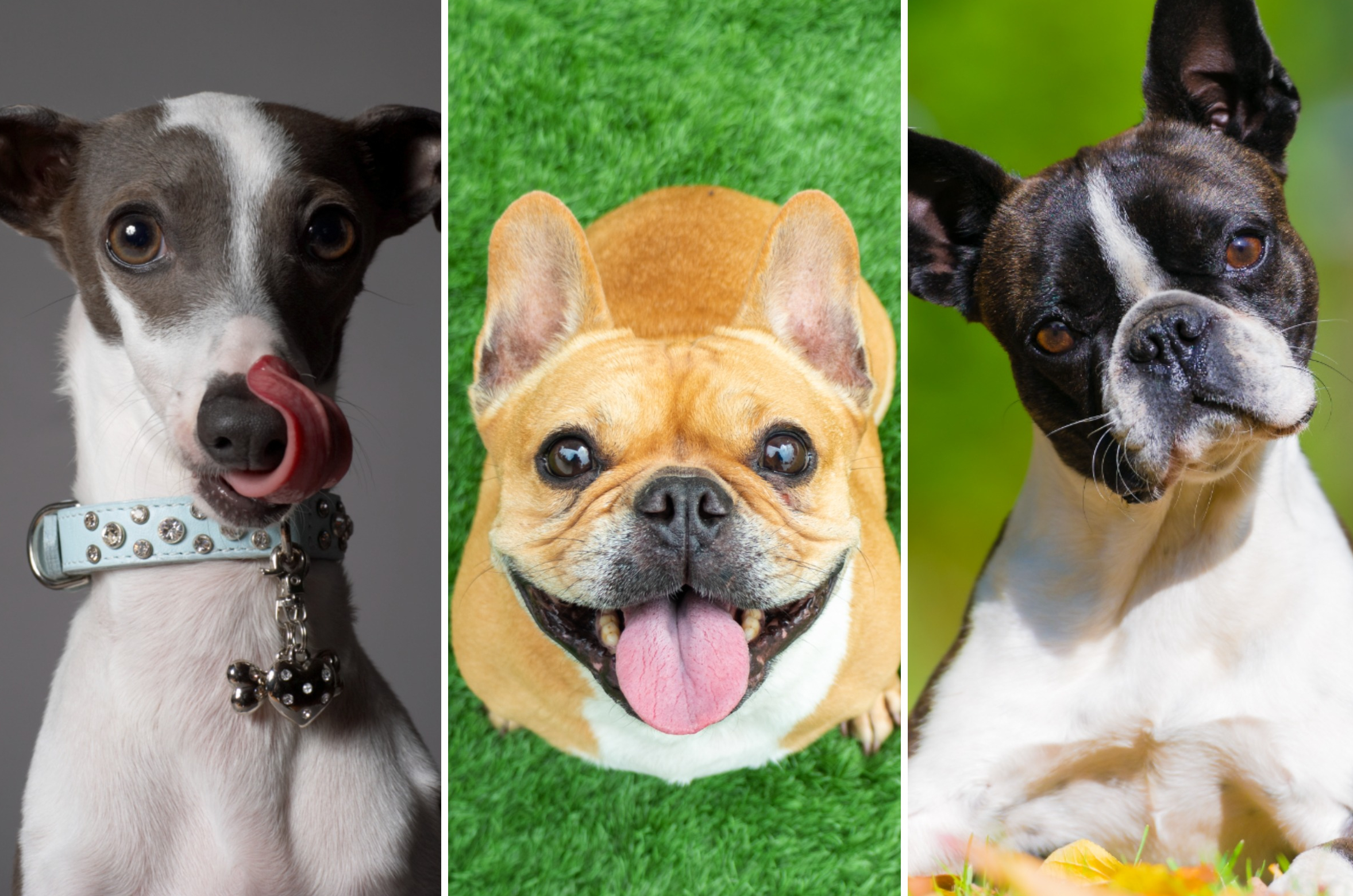 Being greeted by an affectionate canine companion is undoubtedly one of life’s great joys.

From loving licks to wagging tails, dogs’ body language makes clear how devoted they are to their owners. Gina DiNardo, executive secretary at the American Kennel Club (AKC), believes prospective owners looking for a small dog breed should consider looking for characteristics tailored to their particular needs.

“Although cute, fluffy puppies may capture the hearts of so many potential owners, there are countless other aspects to consider when choosing a breed for your family,” DiNardo told Newsweek.

“Before bringing a new canine companion into your home, you should do your research to find a breed that will match your lifestyle, living quarters and even children’s ages, among other factors.”

She added: “Some breeds are known to be great with young children and sweet and affectionate with their people, while others are a little more independent and reserved. No matter what, it is important to find a breed that fits your needs.”

Here, Newsweek presents some of the AKC’s top suggestions for people looking for smaller dogs that are particularly loving and affectionate.

A member of the toy group, the beautiful Cavalier King Charles Spaniel breed weighs between 13 and 18 pounds and is described as affectionate, graceful and gentle.

The AKC highlights the Cavalier’s “sweet disposition”, while their amplified sensitivity “makes this breed of dog a great choice for families.”

The Italian Greyhound dog breed weighs approximately seven to 14 pounds and is part of the toy group.

The AKC describes these miniature Greyhounds as “playful, highly affectionate companions prized for their beauty and athleticism, who obviously adore being close to their humans.”

The Shih Tzu, which translates as “little lion”, is a toy breed, popular with families for their outgoing, affectionate and particularly playful natures.

The AKC’s Gina DiNardo told Newsweek: “Weighing between nine and 16 pounds and standing between eight and 11 inches tall, Shih Tzus are surprisingly solid for dogs of their size. They are especially affectionate with children.”

The gentle, charming and glamorous Maltese dog weighs less than seven pounds and is part of the toy group.

The AKC describes this most companionable of dog breeds as “typically very sweet and super affectionate with family.”

Another member of the toy group, the Yorkshire Terrier is described as a “sprightly, tomboyish and affectionate” breed of dog and while this well-known breed weighs only about seven pounds, it is a true terrier, with a feisty side.

DiNardo said Yorkies are “extremely affectionate with families and young children and are also hypoallergenic, making a great fit for many homes.”

Amusing and devoted, the Biewer Terrier weighs a mere four to eight pounds, meaning the petite breed is part of the toy group.

DiNardo considers these energetic and lovable pups “affectionate with their family and even great with other dogs, making for a quality family pet.”

Spiking in popularity in recent years, the French Bulldog is a member of the non-sporting group and stands roughly 11 to 13 inches tall, weighing less than 28 pounds.

This beautiful breed is depicted as playful, adaptable, smart and very affectionate with their families, with DiNardo adding: “They’re also great with young children and typically get along well with other dogs, too.”

Described by the AKC as “confident, funny and fearless”, the Affenpinscher is part of the toy group, weighing approximately seven to 10 pounds.

DiNardo said these happy and mischievous companions are “great family dogs” that are loyal, affectionate and entertaining.

Although part of the toy group, the loyal and loving Toy Fox Terrier is also a true terrier, originating as a barnyard ratter working dog.

This breed usually stands approximately 8.5 to 11.5 inches tall and is considered to “perfectly combine the lovability of a lapdog with the tenacity of a terrier.”

Part of the toy group, the AKC says the Brussels dog breed is “intelligent, sensitive, and generally warm and affectionate with family.”

The lively and bold fox-faced Pomeranian stands at just six to seven inches tall and weighs a mere three to seven pounds—but that certainly does not mean they lack anything in personality.

The Bichon Frise is a playful and curious pet dog popular for being excellent at getting along well with both their human and canine counterparts.

DiNardo said of the perennially cheerful breed: “Members of the non-sporting group, Bichons are sweet, affectionate dogs, weighing about 12 to 18 pounds.”

Although Border Terriers are tough working dogs, this purebred breed is known by the AKC to be “good-tempered, affectionate, and trainable at home.”

Alert and good-natured, the dogs usually weigh up to 14 pounds and stand between 12 and 15 inches tall.

The non-sporting, gentle and affectionate Boston Terrier dog breed is also friendly and amusing, weighing between 12 and 25 pounds and standing at 15 to 17 inches tall.

The AKC told Newsweek: “Boston Terriers are people-oriented, eager-to-please dogs that are warm and affectionate with their people and get along well with young children and other dogs.”

The cuddly and slightly clownish Coton De Tulear dog breed is a member of the non-sporting group, standing at approximately nine to 11 inches tall and weighing between eight and 15 pounds.

Cotons are extremely affectionate with their owners, young children and even get along well with their canine counterparts. DiNardo said: “Their happy-go-lucky, bright personalities make them a great choice for a pet.”

Often described as outgoing, positive and affectionate, the Lowchen dog breed is part of the sporting group and can weigh just 15 pounds.

These purebred pets are described as “sturdy, brave dogs [making] excellent companions and are warm with their families.”

The striking American Eskimo Dog is a Nordic dog breed and member of the Spitz family.

In addition to their wonderfully white coats, these small companion dogs are known for their sweet disposition and cheerfully affectionate personalities, the kennel club says.

Affectionate and playful, Bedlingtons adore being at the center of attention among their human families.

Although these dogs are friendly to almost all people, this trait may result in these adorable animals preferring to be the household’s sole pet.

The Bolognese dog is thought by fans to be a perfect companion dog, as the petite breed enjoys life at their family’s side.

Comical and curious, these intelligent and devoted dogs love socializing with their household, from going on daily walks, accompanying humans on errands, or gently playing with children.