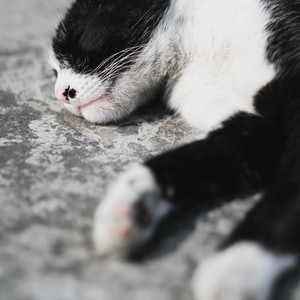 Spontaneous combustion of extra-normal kind is a phenomenon where humans, animals or objects, which are not easily flammable, seem to begin burning by themselves, and sometimes burn up nearly totally. Also it often looks like it happens by means of an inner energy. Often flammable objects nearby, or even cloths of the person, do not catch fire, which is often depicted as mysterious.

The phenomenon is highly controversial. It is true, though, that persons or animals sometimes are found dead in a highly burned state, without any apparent external heat source.

Sometimes people, animals and objects have been seen spontaneously begin burning, or people have experienced it and can tell about it themselves. In these cases the fire typically looks violent and dramatic. But in most of these cases the fire has stopped by itself or been put out, and most of them have resulted only in lesser superficial injuries, but a few have been fatal because vital organs have been hurt.

Cases of fur of animals spontaneously catching fire are numerous, but in most of these cases the fire are put out before the animal is seriously injured.

SOME PROPERTIES OF THE PHENOMENON THAT CAN HELP EXPLANATION

Most victims of the phenomenon are elderly, over-weight and in poor health. They often live alone and are often heavy smokers or alcoholics. They are thus those persons that are likely to handle sources of heat carelessly. Since fat contains a lot of energy, overweight persons have more substance in their body to feed a fire.

One property of these phenomenons is easy to understand. If a human or animal body is burning because by energy from within or outside, a lot of water vaporizes, which will hinder the surroundings to catch fire, which explains the often surprisingly unburned clothes or other near objects.

In all of the well documented cases where a person has been seen to begin burning suddenly, the fire has been shown to start from the outside, in spite of the myth telling that the fire has begun from within. There is a history from USA where a woman seemed to be spontaneously breathing a furious fire, coming from her inside, out of her mouth. The fire was put out, but she died after some days. But the examination at the hospital revealed that the fire took place in her face around her mouth and that she died due to lung inflammation, caused by material from the fire that she inhaled.

THE WICK EFFECT AS AN EXPLANATION

In many cases the wick effect is given as explanation. If some part of the clothes catch fire caused by a small fire source, like a cigarette glow, the skin beneath can be warmed up so that molten fat seeps out, and the clothes or dried skin absorb the fat like a wick. The fat that steadily is seeping out will burn and other body elements at the place will burn with it. This slow release of burning material will continue until much of the body is consumed if the person is out of consciousness for some reason.

Often some of the clothes or parts of the furniture that the person is placed in is made of highly flammable material, and often a strong fire seems to have begun in that material and then spread to the person, and then the process could continue with the wick effect.

There will also typically occur a chimney effect where fresh air will be sucked towards the site of the fire, and used air will rise up toward the ceiling, which will keep the fire intense.

MORE PHYSICAL OR CHEMICAL FACTORS THAT CAN EXPLAIN THE FIRE

Microwave radiation from some natural or technical source can have provided the energy for the process in some cases. Creeping electric currents from an overloaded or defective grid can cause fire where it goes through, and if this happens to a person, the person can be knocked out and a continuous burning process can begin due to the current or the wick effect.

Continuous electric currents from the ground up into the atmosphere have been witnessed, often also inside houses, actually a slow type of lightning. These seldom cause any damage at all, but if they happen to go through a person, they might knock the person out and the current might get strong enough to cause burns by itself or a fire that continues otherwise.

There is a history form Norway where two persons sitting at each end of a sofa in a cottage witnessed such a current, looking like a flame, coming up from the mid of the sofa. Nothing was hurt, but if a person had sat in the mid of the sofa, he might have conducted this current that then possibly could get intense enough to cause burning.

If there is some bacteriological or metabolic process in the body that produces highly flammable volatile compounds, like methane or ethane, and these dissolve in body fat and fatty secretions, and accumulate during a long time, the surface of the body and much of the interior can get intensely flammable. Some source of ignition at the outside can then easily start a fire, and the fire will soon dig a deeper hole from which hydrocarbons and fat will vaporize and burn like in a torch. Some witnessed cases of parts of the body of a person suddenly catching fire, might be due to this mechanism.

Some theorize that the brain can trigger an uncontrolled metabolic process which heats up the body so it begins burning. But such a metabolic process would make the combustion start from within if that was the main energy source, which never seems to happen, despite claims of it. Therefore this explanation is improbable.

There is a theory that some sort of internal nuclear reaction can cause the phenomenon, perhaps some kind of cold fusion. The problem with this explanation is also that it would cause the burning to start from within, which really never seems to happen.

Still another theory is that internal psychological or psychic energy, chi or kundanlini, also this released by some control process in the brain or mind, can consume the body. There really seems to be some evidence that such energy can cause fire in surroundings, and some people seems to be able to start fires this ways, purposefully or uncontrolled. But again such mystical energies should be able to make the process start from within, if these were the source of the energy. Also energy released this way always seem to be very small, and can ignite an object, like a piece of paper, only when focused.

Maybe, however, these three mentioned mechanisms can heat up spots on the skin, due to an optical focalization of the released energy, to a temperature where that spot begins to burn, and then continues burning by means of the wick effect or other external processes.

SOME CASES MAY BE THE RESULT OF MILITARY ACTIVITY

There is however still another and very scary explanation we unfortunately must consider for some cases:

Some of the offers for spontaneous human combustion may be guinea pigs for experiments with microwave or laser weapons, and some societies may use such weapons to get rid of individuals the authorities do not want to have there.

We know microwave weapons for crowd control exist, and we know that some variants are already used by police forces for crowd control, but usually only to cause an extremely unpleasant heat. Probably these weapons can also be used in a much stronger mode that makes a persons catch fire.

Military laboratories might use selected persons as test objects, and prefer choosing persons that are in a socially weak condition. Such testing can be the cause of some of the spontaneous human, animal or object combustion cases we read about in news media or of some surprisingly occurring wildfires.

Are Animals’ Soul Contracts and Pet Past Lives Part of the Pet Reincarnation Process?