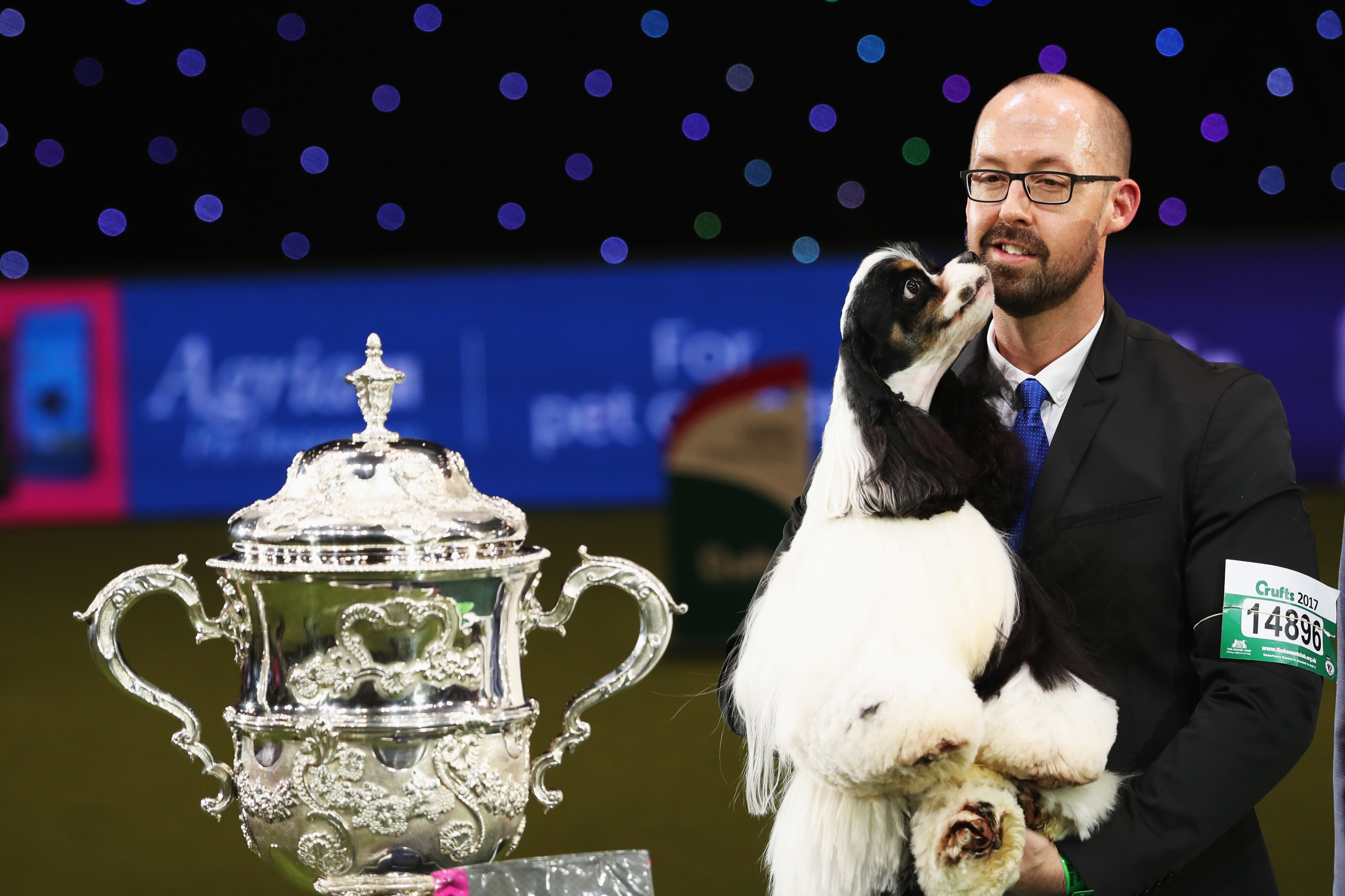 Over the last 100 years, dog owners around the world have enjoyed showing off their pets in dog shows.

Crufts, the largest dog show in the U.K., was first set up in 1891 by the showman Charles Crufts and has become one of the most important canine events in the world.

From tiny Dachshunds to giant Irish Wolfhounds, all sorts of dogs take part in the competition every year. Throughout the many shows, however, it has become clear that some breeds win more than others.

The English Cocker Spaniel has won Best in Show at Crufts more than any other breed, winning an astonishing seven times. These dogs belong to the sporting group and, according to the American Kennel Club, are energetic and bred to follow instructions from their owners.

Irish Setters have won Best in Show four times in the modern history of Crufts. These dogs are happy, affectionate and eager to please, making them a strong breed in competitions. The AKC states these dogs like having tasks to do.

Poodles are often standout at dog shows with their elaborate hairstyles, but these dogs are extremely intelligent and energetic too. These dogs are easily trained and enjoy taking part in agility events.

The Welsh Terrier was a latecomer to the British show-ring, but that hasn’t stopped the breed has won Best in Show four times. These dogs are friendly, outgoing and love exercise.

English Setters are sensible, friendly and loyal companions. The breed has won Best in Show three times, but according to the AKC, these dogs are sensitive and respond best to positive reinforcement during training.

German Shepherds are known for their work in the police and the military, but they are also a strong breed in competitions too. These dogs are confident and learn commands quickly.

Belonging to the hound group, Greyhounds are known for reaching top speeds when running. These dogs have won Best in Show three times and love to do tasks with their owners.

Labradors are one of the most popular breeds of dog in the world and are known for their friendly demeanor. This happy, energetic breed has won Best in Show three times.

Terriers might be known for their tendency to be stubborn, but the breed has won Best in Show three times. In 2016, a Westie called Devon—described by her owner as very independent and a tomboy—won the top prize.

Like Greyhounds, Whippets are known for their high speeds but they are also a strong breed in dog competitions too and love agility activities and games.

Wire Fox Terriers are smart, agile and responsive, making them a good bet in dog shows. The American Kennel Club describes the breed as a “master show dog” and these dogs have won Best in Show at Crufts three times. Wire Fox Terriers have also taken home an amazing 34 wins in the Westminster Kennel Club Dog Show too.

Airedales are clever, eager to please and the fact that they bond closely with family members can make training easy. The breed has won Best in Show at Crufts twice.

Flat-Coats are very intelligent, responsive and eager to please. Vbos the Kentuckian, also known as Jet, was a Flat-Coat show dog bred by Jim Irvine who won Best in Show at Crufts in 2011.

A Kerry Blue won Crufts in 2000, but these dogs are quite unusual and rare. Puppies are born black, but the blue appears gradually as the puppy grows older, usually up to two years of age.

Lakelands are big dogs in little bodies and look like a smaller version of an Airedale. These dogs come from the Lake District in England and are loyal, loving pets.

Zentarr Elizabeth, also known as Elizabeth, was a Lhasa Apso show dog bred and handled by Margaret Anderson who won Best in Show at Crufts in 2012. Originating from Tibet, these dogs were traditionally used as indoor guard dogs.

Pointers make great pets, but they excel in many arenas, from the field to the show ring. These all-rounders are good at agility, easily trained and are pretty obedient.

The Scottie dog is so iconic that it features on the Monopoly board, but these little terriers do well in competitions too. Scottish Terriers have won Best in Show at Crufts and done well in the Terrier Group competitions too.

Toy Poodles are smart, easily trained and look the part too, making them popular in dog shows. These dogs have a similar temperament to their larger cousins, the Standard Poodle.

American Cocker Spaniels require a great deal of grooming if they have a long, silky show coat. Cockers are best trained using food, which they can’t resist.

Aussies are popular among cowboys, but their good looks and eager-to-please personalities make them good show dogs too. An Australian Shepherd dog was named Best in Show at the 115th Crufts dog show in 2006.

The Basenji originated from Central Africa and were used to hunt and control rodent populations. Unusually, these dogs are silent because they tend not to bark. A Basenji hound won the Best of Show title at Crufts 2001.

The Bearded Collie dog breed was developed in Scotland to herd sheep and cattle. Although they are usually scruffy and suited to the Highlands, these dogs can do well in competitions with their obedience and agility.

In recent years, judges at Crufts have taken a stance not to reward breeds that typically have a higher number of health problems, including flat-faced breeds such as bulldogs. However, these dogs aren’t just popular pets – their strong appearance makes them popular in competitions too.